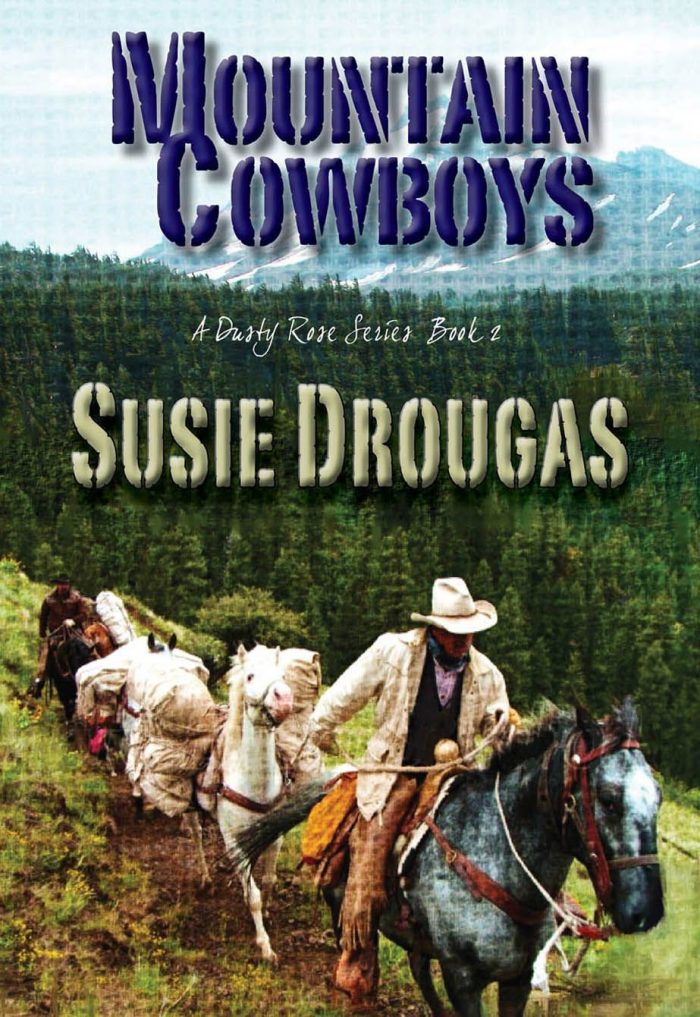 Dusty Rose, an attorney, and Mike Dracopoulos, his sidekick, head to the mountains again.

Julie Wolfe, a friend from the Eagleclaw Backcountry Horsemen, asks him to represent her in a divorce.  Paul, her abusive husband, does not want the divorce and Dusty becomes the new focus of his anger.

Going on a Backcountry Horsemen work party up to Buck Creek, Dusty hopes to clear his mind from the stresses of his law practice.  He’s still  never gotten over the beautiful attorney he crossed trails with in the Pasayten, Cassie Martin.  Then in she rides – with a dark haired stranger, Roy.  Dusty realizes he needs to do more than just think about her or he’s going to lose his chance.

“Dusty bent his head down to kiss her.  Cassie raised her head to meet his lips and the feeling washed over her that they had known each other for a very, very long time.  The electricity and heat poured between them and Dusty pulled her closer.  Cassie never wanted it to stop.”

Feeling overstressed, Dusty and Mike escape on a pack trip to Cougar Lake to relax.  Dusty knows somebody is trying to kill him, but he’s not sure who.  “The bullet whizzed in front of him and hit the rock a few feet away.”

“What in the hell?  Gunfire, Mike.”  He saw Mike drop to the ground and heard some more bullets zing by, he wasn’t sure which happened first, but he prayed Mike wasn’t hit.”